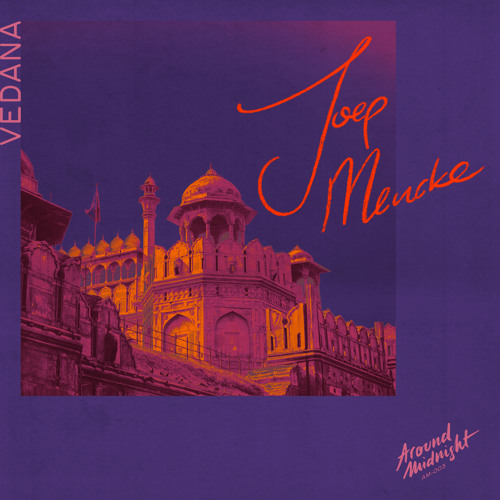 For its third release, Around Midnight chose to highlight the latest work of Dutch producer and DJ Joep Mencke.

Since his debut in 2017, he has been gracing the decks of the Gardens of Babylon, ADE, Burning Man and Afrikaburn to name just a few, and released no less than 7 EPs and 1 album. He quickly met international public acclaim with Trust the Wild (Klassified,2018) and Asiri (Happy Camper,2019) which respectively show 1,4 and 3 million streams on Spotify up to date.

Mindfully crafted as guided meditations thanks to a focus on sound frequencies and breath work, his DJ sets and productions aim at bringing his audience onto an inward journey in which music acts as a tool for exploration and transformation.

Following his first album Unalome (Klassified,2022) which means “the path to enlightenment” in Buddhism, his new single’s title, Vedana, stands for “feeling” in Sanskrit.

With Vedana, Joep Mencke takes us on yet another astonishing and melodic journey: the hypnotic basslines act as two giant wings flying us over a beautiful landscape where nature remains untouched and luxuriant, while the spiritual chords call for human richness through the diversity of cultures. The incoming delicate piano tune brings us both higher in the sky and deeper into our feelings, where melancholy meets poetry, where the awakening of nature mirrors the one of our consciousness.

The track’s landing, both gentle and powerful, makes Vedana a compelling asset to channel an audience both in clubs and at festivals.
It comes as no wonder that this track premiered a few months ago during Joep Mencke’s first Burning Man as part of his “Rise” set.

Follow your own heart and be ready to take off on Vedana’s colorful wings!